The Karoo Development Foundation is proud to collaborate with Rose Willis to present a series of “Karoo Cameos”. These Cameos are focused historical and geographical studies of many remarkable settlements in the Karoo. Over the years, some of these villages have flourished; others have disappeared; and others have become quirky little sleepy hollows. In all cases, long-forgotten individuals played intriguing roles in shaping their towns as well as the legacy of the Karoo.

ROSE WILLIS is the author of The Karoo Cookbook (2008), as well as the monthly e-journal Rose’s Round-up.  She co-authored Yeomen of the Karoo: The Story of the Imperial Yeomanry Hospital at Deelfontein, with Arnold van Dyk and Kay de Villiers (2016). Rose is generally recognised as one of the most notable chroniclers of the Karoo. 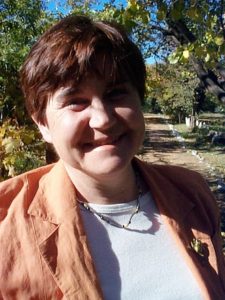 The series is edited by Prof Doreen Atkinson, KDF Trustee.
Doreen has almost three decades of experience in the Karoo on issues related to government, agriculture, water, tourism and heritage. She is the author of Going for Broke: The Fate of Farm Workers in Arid South Africa (HSRC 2007), and co-author of The Small Miracle: South Africa’s Negotiated Settlement (Ravan, 1994). She also published a book on the Anglo-Boer War in Philippolis, entitled A Most Awful Excitement: The Anglo-Boer War Diary of Gerrit Sem of Philippolis (2012).

… More towns will be added … Watch this space

The Karoo Cameos project is supported by Millennium Trust, in the interest of Karoo-wide economic development and social cohesion.