In recent years, there has been a growing interest in the Anglo-Boer War of 1899-1902. In KwaZulu-Natal, the Battlefields Route has developed significantly, and draws large numbers of tourists. Now the KDF is working to develop a similar route in the Karoo.

In early 2016, the KDF received funding from the National Heritage Commission to undertake this work. We are working with our valuable partners, Siegwalt Kusel and Stefan du Toit, of Habitat Landscape Architects, Pretoria (see www.habitatdesign.co.za/). They have done several project in the Karoo, in the past.

In early 2016, the KDF received funding from the National Heritage Commission to undertake this work. We are starting with six towns in the upper Karoo:
· In the Northern Cape: Colesberg, Noupoort and Norvalspont
· In the southern Free State: Bethulie, Springfontein and Philippolis.

This is just the start of it! The Karoo offers many war sites and stories. So what would a Karoo Battlefields Route offer? Here is just a sample:

The Karoo offers military buffs a great deal of interest! Already, we can mention three other independent initiatives:

Currently, the KDF is working on the first Karoo Battlefields Website, for the "core" six towns. This will then be expanded to other areas in the Karoo. We are also collaborating with Habitat Landscape Architects in Pretoria, who are helping us with memorials and site inspections. Our first report will be completed at the end of February 2017, but work will be ongoing for many months and years thereafter!

The project is led by Prof Doreen Atkinson (KDF Trustee), with the support of Lindile Fikizolo (Karoo Dynamics), and Adri Smit of Murraysburg (Adri Smit, providing User Experience and Web Design services). Prof Mike de Jongh (KDF Trustee) is doing some research in the area on popular memories of the Boer War.

For further information, or to get involved, please contact Doreen at karoo@intekom.co.za. 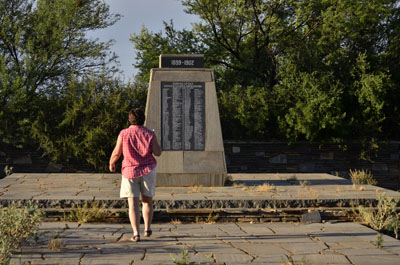 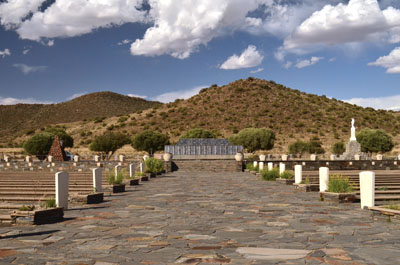 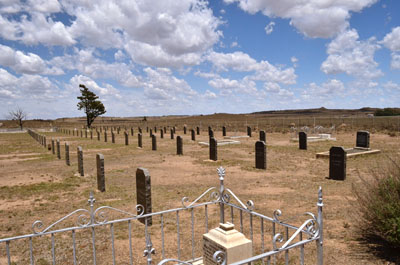