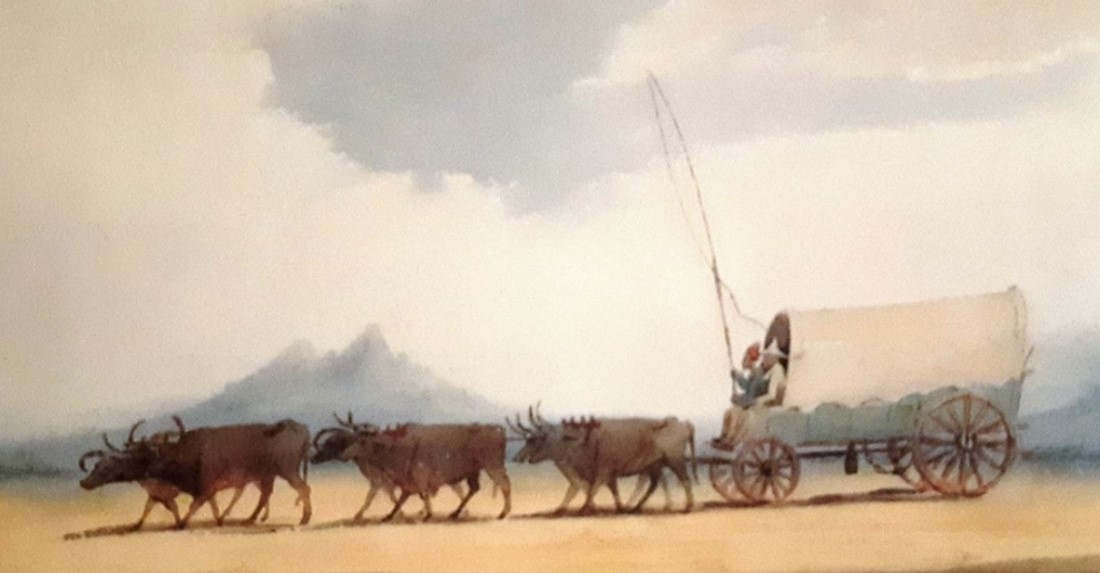 This route will be located through the Karoo, some distance west of the N1 highway.

Between the mid-1700s and the mid-1800s, an increasing number of people travelled north, from the Cape Colony, to the new frontier along the Orange River. From the 1780s, another route went northwards from Tulbagh, then through the Karoo, via Sutherland, Fraserburg, Carnarvon, Griquatown, or Blinkklip (later called Postmasburg), Danielskuil and Kuruman.

The main theme will be the forgotten history of different peoples along the route. By providing information to travellers (in pamphlet and online formats), they will know what the key historical events and dynamics were along the route. This will be an intrinsically multi-cultural experience.

These travellers included Basters (coloured farmers) who wanted to escape repressive Colonial practices; run-away slaves; missionaries; explorers; hunters; traders and trekboers.  They typically met up with San, Khoi, and Xhosa people (the latter were based near Prieska). Near Griquatown, there was also a Tswana presence in the Langberg and in Danielskuil. This important crucible of South African culture was therefore a “confluence of cultures”. This confluence occurred at mission stations, indigenous settlements, fountains and farmsteads.

Different sectors of the northern Frontier society related to the Colony in different ways – some traded with the Colony, and some shared ideas and values (such as missionaries); others were refugees (such as runaway slaves), while other shaped new forms of statehood (such as the Griqua). The Korana spent decades resisting the expanding white trekboer economy. The San resisted the loss of their fountains and many were absorbed into other multi-ethnic groupings.  The main lingua franca was Dutch, which evolved a distinctive dialect, and which later developed into Afrikaans.

This history has been largely forgotten by the broader public of South Africa, so that the most important phase of South African cultural integration has largely disappeared from view.

Numerous books have been written about these dynamics over the last century, and the number of publications has further escalated recently.  Such books and travellers’ records offer fascinating information about obscure places along the route. Today, these places are farms, villages, and towns.  Some mission stations near Fraserburg, Carnarvon and Niekerkshoop can still be identified. 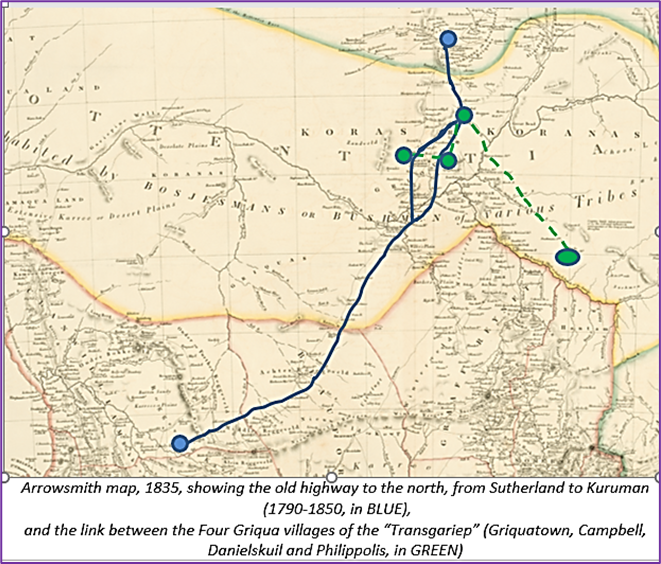 The total Forgotten Highway route is the following, from a base in Cape Town or Tulbagh: Matjiesfontein, Sutherland, Fraserburg, Loxton, Carnarvon, Vanwyksvlei, Copperton, Prieska, Niekerkshoop, Griquatown/Campbell, then either via Postmasburg/Witsand or via Danielskuil to Kathu/Kuruman.. The final stop, along this difficult desert route, was Reverend Robert Moffat’s little house and church, north of the current town of Kuruman. This little dirt track still exists, and this was the final spot where travellers could replenish some goods before they headed off into what is today Botswana, Zimbabwe, Zambia and Malawi. Beyond Kuruman, villages such as Dithakong also have historical interest for the Forgotten Highway Route.

The full vision for the Route which will be developed over two years, as an inter-provincial Route between the Western Cape and the Northern Cape.

Our first event of the Route will be the Forgotten Highway Horse and Wagon Expedition.

This will be a horse-and cart ride lasting 20 days, from Sutherland in the south, northwards to Griquatown. 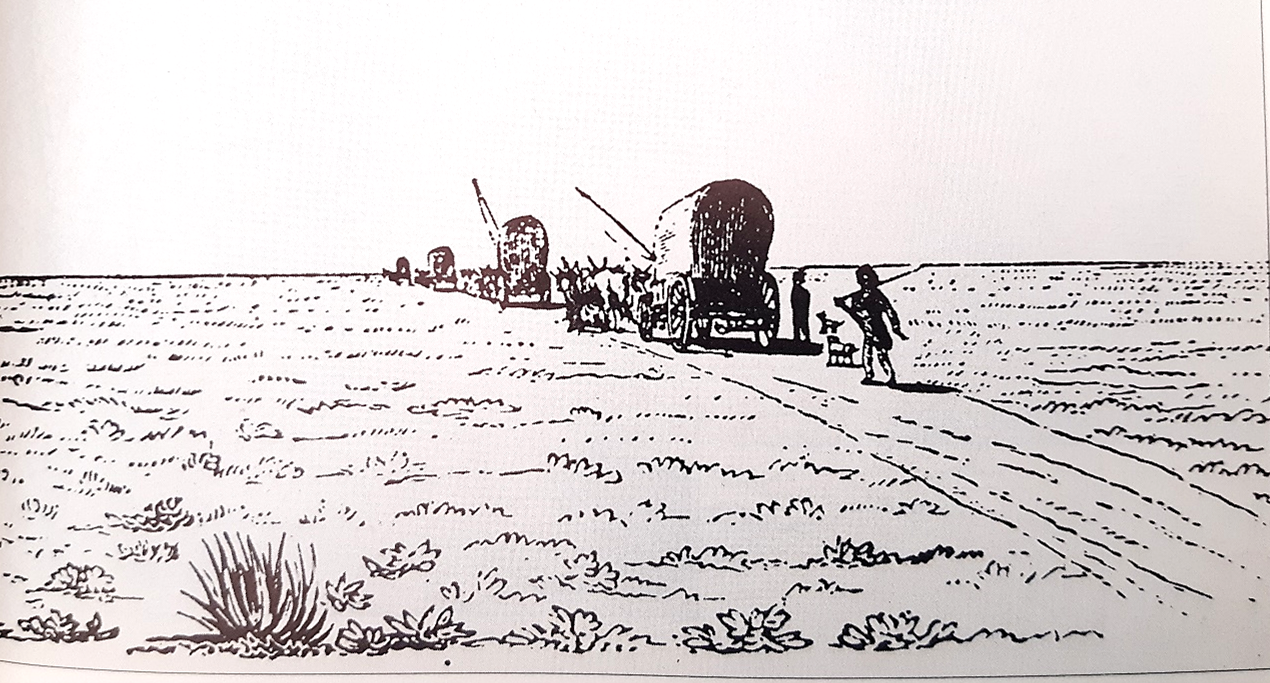 The proposed Forgotten Highway Expedition will not continue all the way north to Kuruman in 2022, as it will be too difficult to manage at this early stage of route development. We propose to focus on the stretch of road between Sutherland in the south and Griquatown in the north.

The Expedition will consist of a main horse-and-cart team, with about 10 people travelling along the route together. We will invite other people in the vicinity who also have horses and carts, to travel along for parts of the route. People may also wish to cycle along the route.

A “prototype” of this expedition was organized last year by Mr Piet Coetzer of the Vreugde Vlaamperd breeding stud in Senekal in the Free State. During September 2020, his expedition travelled from Hopetown in the north to the Karoopoort pass, south of Sutherland.  It received widespread publicity.

It will be a complex logistical expedition, caring for the horses and ensuring the safety of the team participants.

We will welcome the participation of any other horse-and-cart enthusiasts, donkey-car driver, cyclists, runners, or any other Karoo lovers, along the route!

For more information, contact Doreen Atkinson on doreen@karoofoundation.co.za, or whatsapp 071 401 2583.