Prof Johann Kirsten is Professor and Director of the Bureau for Economic Research (BER) at the University of Stellenbosch. Before taking up this position he was Professor in Agricultural Economics and head of the Department of Agricultural Economics, Extension and Rural Development at the University of Pretoria – a position he occupied for 20 years until his resignation on 31 July 2016.

Johann served as a council member of the National Agricultural Marketing Council in South Africa from 2001 to 2011 and was also appointed by the Minister of Agriculture as Chair of the Food Price Committee during 2003/4. He also served as the Vice-President of the International Association of Agricultural Economists for the period 2006 – 2009. His main research interests are agricultural policy, land reform and the economics of origin-based foods. In this respect, he was the mastermind behind the legislative process to get legal protection for Karoo Lamb and also to establish a certification mark for this well-known iconic South African food.

Johann can be contacted at Send Email.

Prof Doreen Atkinson has a background in political science, sociology and rural development. She lives and works in Philippolis in the southern Free State. Doreen manages the Arid Areas Research Website for the KDF (www.aridareas.co.za), the Karoo Battlefields website (www.karoobattlefields.com), as well as the Go Ghaap! Route in the Northern Cape (www.go-ghaap.com).  Doreen is also a research associate at the Department of Development Studies, Nelson Mandela University, as well as the University of Limpopo. Her main Karoo research interests are small-town development, heritage, tourism and agriculture. 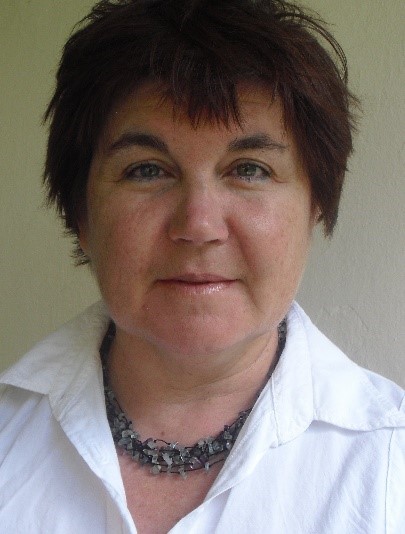 Prof Lucius Botes has a background in Theology, Sociology and Development Studies. As former Dean of the Faculty of Humanities of the University of the Free State, and former Founding Director of the Centre for Development Support (UFS) he is now a Director in Research Development at the North-West University. Lucius is a founder member of the Karoo Development Foundation and his research interests are development studies, participatory development, community development, local economic development, sustainable livelihood analysis, municipal cost recovery and community protests. He has acted as development and research consultant to international and national organisations, government departments and companies, and is director/trustee of various non-governmental organisations.

He can be contacted at Send Email 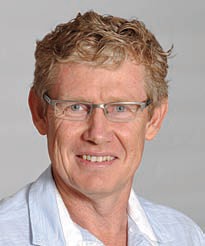 Dr. Sethulego (Zachy) Matebesi is currently the Academic Head of the Department of Sociology, University of the Free State. He originates from Fauresmith in the Southern Free State. Sethulego has worked extensively in the field of social movements with emphasis on grassroots collective action.  His research focus has recently shifted towards mining company-community conflict in mining-affected areas such as Burgersfort (Limpopo), Jagersfontein (Southern Free State) Kuruman (Northern Cape), and Rustenburg (North West). Sethulego has been a KDF Trustee since 2017. His main Karoo research interests are local government and mining towns. 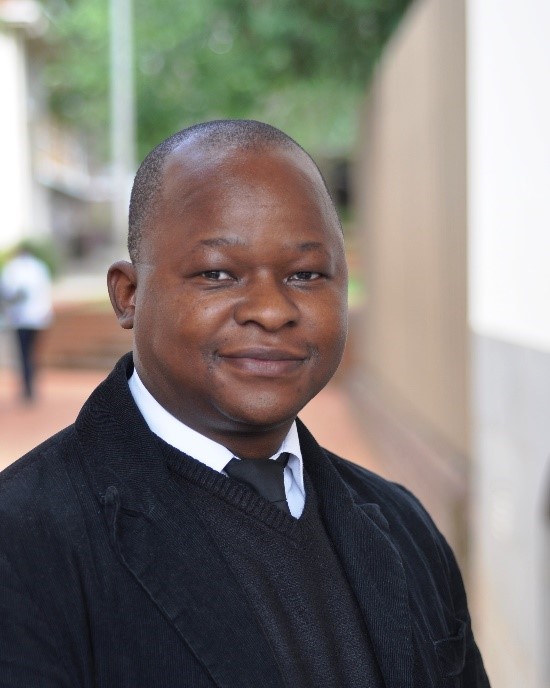 Bruce Rubidge is Director of the DST/NRF Centre of Excellence for Palaeosciences at the University of the Witwatersrand. He has broad research interests but most of his work focusses on the remarkable fossil record of the Karoo and their significance in understanding the origin of mammals. He has published more than 170 research publications in internationally accredited journals and 36 MSc and PhD students achieved their degrees under his supervision. Being passionate to expose the palaeoheritage of South Africa to the public, Rubidge was instrumental in setting up a palaeoscience museum at Wits which forms the core of an active palaeoscience outreach programme. He was also involved with the development of the Cradle of Humankind World Heritage site, the Golden Gate Dinosaur exhibition Centre, and setting up the Kitching Fossil Exploration Centre in Nieu Bethesda as a sustainable palaeotourism business which employs local people from the town. 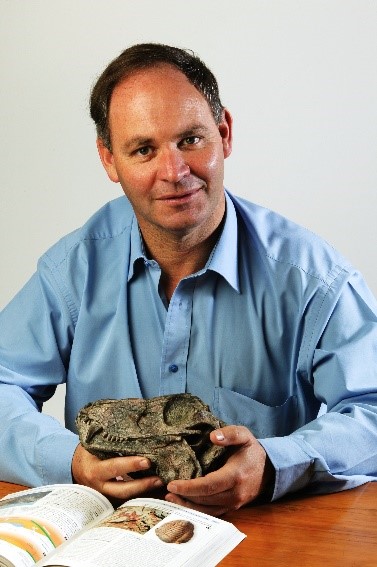 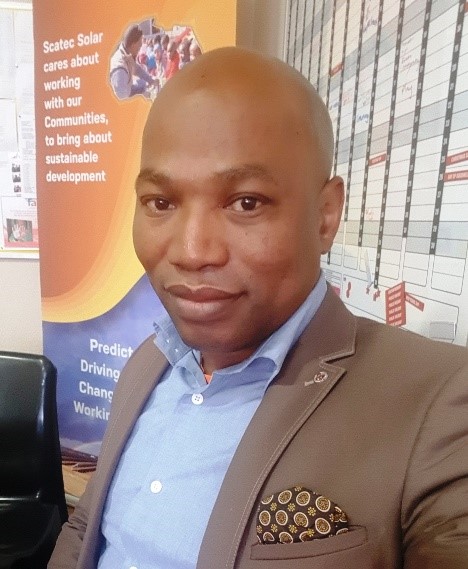 As arts educator, writer, publisher and film producer Helène Smuts supports learning and facilitates knowledge exchange between rural and urban life, drawing on the diversity of the southern African cultural heritage. She is an established writer and developer of cultural museum narratives, educational catalogues and education programs.

Moses Skisazana has a background in research, economic and rural development. He lives and works in Cape Town and is employed by the Council for Scientific and Industrial Research (CSIR) where he is involved in enterprise development. He has a passion for the upliftment and empowerment of communities and is also a trustee of the Eco2Growth Foundation (www.eco2growth.org).

Moses can be contacted at Send Email. 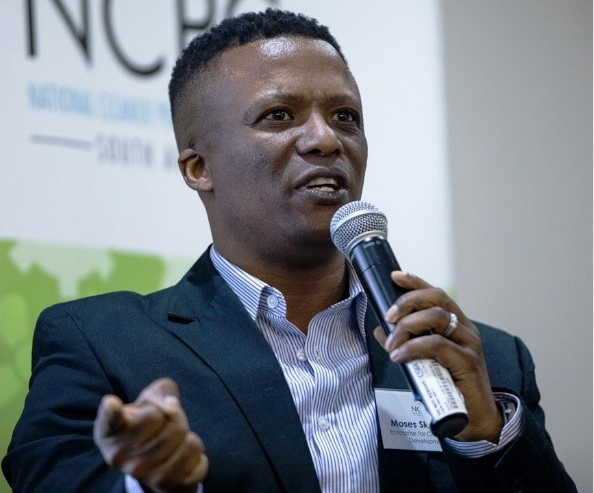 Ingrid Schöfmann lives in Loxton, Northern Cape and has voluntarily in the past three years worked actively to inform the agricultural sector against Uranium mining and Fracking in the Karoo. Ingrid currently volunteers as the chairperson of the NPO Ubuntu Forum for Socio-Economic Development (UFSED). She pursues her passions of universe building and land art by coordinating activities that promote development. She has facilitated the registration of community co-operatives with the assistance of the Dept of Public Works, Dept of Agriculture & Fisheries, Small Enterprise Development Agency (SEDA) The members of the co-operatives receive skills development training and also become tourism experiences when tourist visit Loxton.

Currently, Ingrid is developing a case study to facilitate future implementation in neighbouring towns. Ingrid is also a member of the voluntary Site_Specific Land Art Collective (https://sitespecific.org.za/).  This is a group of volunteers who are passionate about art in nature and who aim to promote a conversation about our cultural practices and its impacts on nature, involving artists and local residents. See https://youtu.be/97BpbVeucH8  https://youtu.be/4hKOcwMwOrE 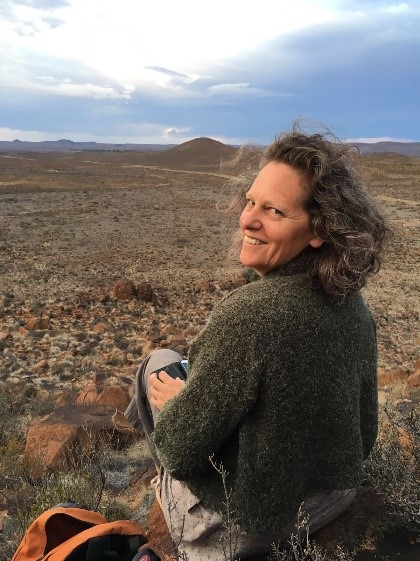 Dr David Morris heads the Archaeology Department at the McGregor Museum, Kimberley. He is also an Extraordinary Professor in the School of Humanities at Sol Plaatje University, involved in the archaeology/heritage programmes. He is an Honorary Member of the Association of Southern African Professional Archaeologists. His principal interest is rock art in the Northern Cape. He has been involved in developing public archaeology projects at sites such as Wildebeest Kuil Rock Art Centre and Wonderwerk Cave, having co-curated the archaeology and frontier history displays at the McGregor Museum.

David has published research articles in national and international journals, and the co-authored book Karoo rock engravings (with John Parkington and Neil Rusch, 2008) and co-editorship of Working with rock art (with Ben Smith and Knut Helskog, 2012). He was also a co-editor and contributor to the book Engraved landscape: Biesje Poort: Many stories (Lange et al 2013), and the Africa Meets Africa book/DVD educational sets, Pathways through the interior (2011) and My Room at the Centre of the Universe (2014). He is currently serving a second term as a Council member of the National Museum in Bloemfontein. 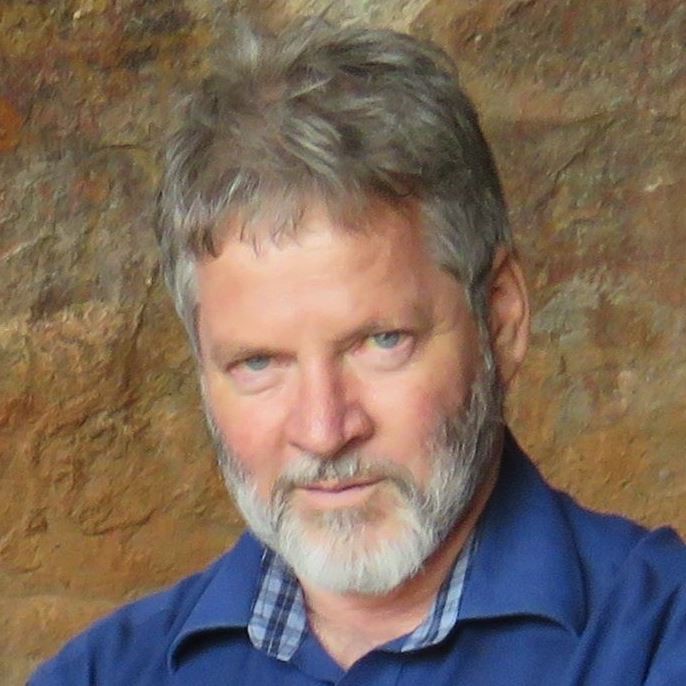 Jonathan Deal is a South African environmentalist. He was awarded the Goldman Environmental Prize in 2013, in particular for his efforts on protecting the Karoo region, leading a team of scientists to bring forward environmental impacts of planned exploitation of possible shale gas in the region. Jonathan published the book Timeless Karoo in 2007. 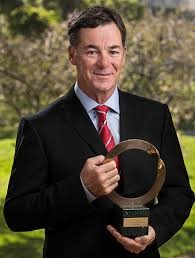