In 2016, the Karoo Development Foundation (a non-profit Trust) and Habitat Landscape Architects submitted a proposal to the National Lotteries Commission, for funding to create a Heritage Route in the area south of Kuruman. The project has been strongly motivated by the Northern Cape Department of Tourism.

There are also important “gateway” sites, for travellers moving towards this region, viz Douglas, Prieska, Groblershoop, and Wildebeestkuil near Barkly West.

The sheer richness of heritage resources in the area is astonishing. This includes:

It is almost inconceivable that any other area in South Africa has as much heritage to offer!

Since 2017, the project team has focused on:

The Go Ghaap map shows how the numerous points of heritage interest in the Ghaap area.
Download Map

Together, we can build the Ghaap Region! 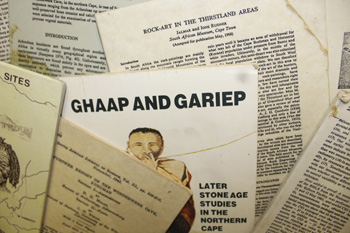 Some of the literature we are working through 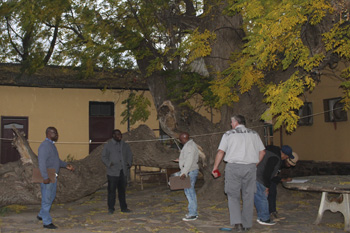 The team visits the home of Andries Waterboer in Griquatown 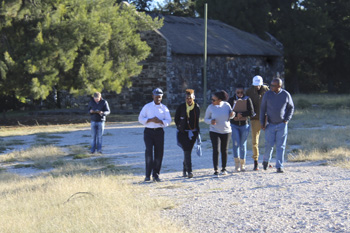 Our visit to the historic Bartlett Church, Campbell 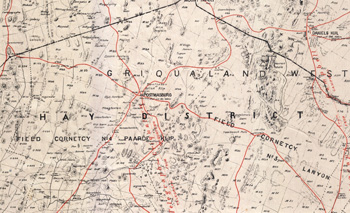 Working our way through old maps